Is It Rude, Is It Mean, Is It Bullying? | Atomic Tae Kwon Do

Secure your spot and get started today with our EXCLUSIVE offer!

By opting into the web form above you are providing consent for Atomic Tae Kwon Do to send you periodic text messages. Standard rates may apply. You can reply HELP at anytime or learn more. You may opt-out anytime by replying STOP.

This place is amazing for Tae Kwon Do classes . At Atomic, it doesn't matter that I'm not the best or the strongest; I get as much encouragement, praise, and individual attention as any black belt. My instructors are truly invested in my success, and it shows in every class. They push and inspire me to train to my full potential--nothing is more valuable than that. The best part about this place, however, is making so many new friends who have become so dear to me. I love my Atomic family!

This is an amazing Family Center! They have something for everyone in the Family, for Kids and Adults!

We began a few months ago and already our son has quickly picked up on the necessary focus and protocol for martial arts. He truly enjoys the instructors and each class provides a new approach to skills that extend beyond the mat. We love this place!

I’ve been taking my boys to Atomic for about 3 years now and love it there. Master Bart and Dr. Luiza are two amazing instructors who have a staff of instructors that are just as warm, friendly, and knowledgeable as they are. Master Bart and Dr. Luiza have gotten to know my boys so well, I trust them inherently with the boys and have even consulted with them for advice about my boys whenever I need some feedback or input. I love watching my boys progress and seeing how happy and proud they are to accomplish goals and move forward with each belt they earn is what it’s all about. I highly recommend Atomic Tae Kwon Do!!

All the instructors are amazing with my kids. they really take each kids needs into consideration and change accordingly. This isn't just a class, this is a family. my kids always feel welcomed and are very Happy to go each time. thanks so much to all of you. We Love it here and highly recommended it

From the first time we walked into the studio we felt at home such an amazing place to have your child learn all the elements of Tae kwon do ! Highly recommend

Is It Rude, Is It Mean, Is It Bullying?

As they say, kids will be kids. And yes, children and teens can be unkind to their peers and feelings get hurt. The problem is when these behaviors become common and target the same person repeatedly. This is when kids being kids begins to cross the line to bullying. And while bullying is a very terrible thing for anyone to endure, it is important to look at the actual behavior and determine if it really is bullying or if it is children being rude or mean. 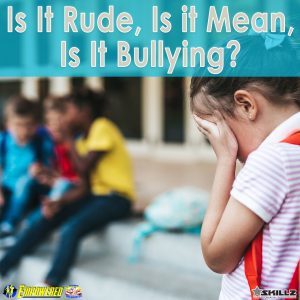 Bullying is a term that has become more prevalent in recent years even though the actual act of bullying has been around for a long time. This topic has been often at the forefront of everyone’s minds and in the media largely due to increased amounts of children and teens harming themselves as a response to their experiences. According to Stopbullying.gov “In order to be considered bullying, the behavior must be aggressive and include an imbalance of power” while being repetitive in nature. When kids use their power to bully someone it could include “physical strength, access to embarrassing information, or popularity.” If this behavior is done more than once or twice, it’s considered bullying and should be addressed.

There are different types of bullying: verbal, social, physical, and cyber. While physical bullying happens often, verbal and social bullying are the most prevalent. These types generally happen during school hours or at school events. Cyber bullying is on the rise due to the increased use of technology by children and teens. Whereas children can go home and escape the other types of bullying, cyber bullying reaches far beyond the school yard.

Bullying is a very emotional subject, so it is important to take all accusations seriously and never minimize someone’s experience. It is vital, though, to determine if the behavior was bullying or was just a child being rude or mean. For example, a child says to another child “You’re so stupid” and this happens once, maybe twice. By definition, it is not considered bullying but yes, it is mean and can hurt the child, on the receiving end of it, emotionally.

Trudy Ludwig, author of “My Secret Bully” describes the difference in a child being rude or mean and showing bullying behaviors with easy to understand definitions. Rude is a child inadvertently saying or doing something that hurts someone else. Mean is when a child purposefully says or does something to hurt someone once (maybe twice). Bullying involves intentionally aggressive behavior, repeated over time, that involves an imbalance of power. Being familiar with these helps to give some guidance when addressing harmful behaviors and giving appropriate interventions.

Bullying can happen anywhere and to anyone. It is important to know the warning signs that a child may exhibit when they are being bullied. Also knowing that children and teens don’t always ask for help is essential to know. According to the National Bullying Prevention Center, less than half of bullying incidents were not reported because children and teens felt that they could handle it on their own, they didn’t want more problems from the bully, they were embarrassed, or they felt rejected.

It is vital for anyone working with children to be educated on the warning signs of bullying behaviors while maintaining an objective look at the actual behaviors that are exhibited in order to determine appropriate consequences. Educating parents and the community about the differences in children being rude or mean and actual bullying behaviors is essential to addressing the behaviors in the most effective way.

Thank you for taking the time to read. If you need any more help, please reach out to our Team. We are always here to help you raise Confident, Focused and Happy Children, who love Life and are Excited about each day.

Dr. Luiza and Master Bart from Atomic Tae Kwon Do

Special thanks to the team at Skillz Worldwide!! Here at Atomic Tae Kwon Do in Huntington, NY we bring our parents and their children the most current and relevant training practices available. As a licensed GOLD MEMBER of Skillz Worldwide we are an authorized location of the internationally acclaimed SKILLZ Worldwide allowing us to provide your family with industry leading children and kids age specific Martial Arts programs. Meaning; we are able to share cutting early Childhood Development content support authored by Melody Johnson, the martial arts industry proven leader and subject matter expert in age specific training for children, kids, and teens.

Oops! We could not locate your form. 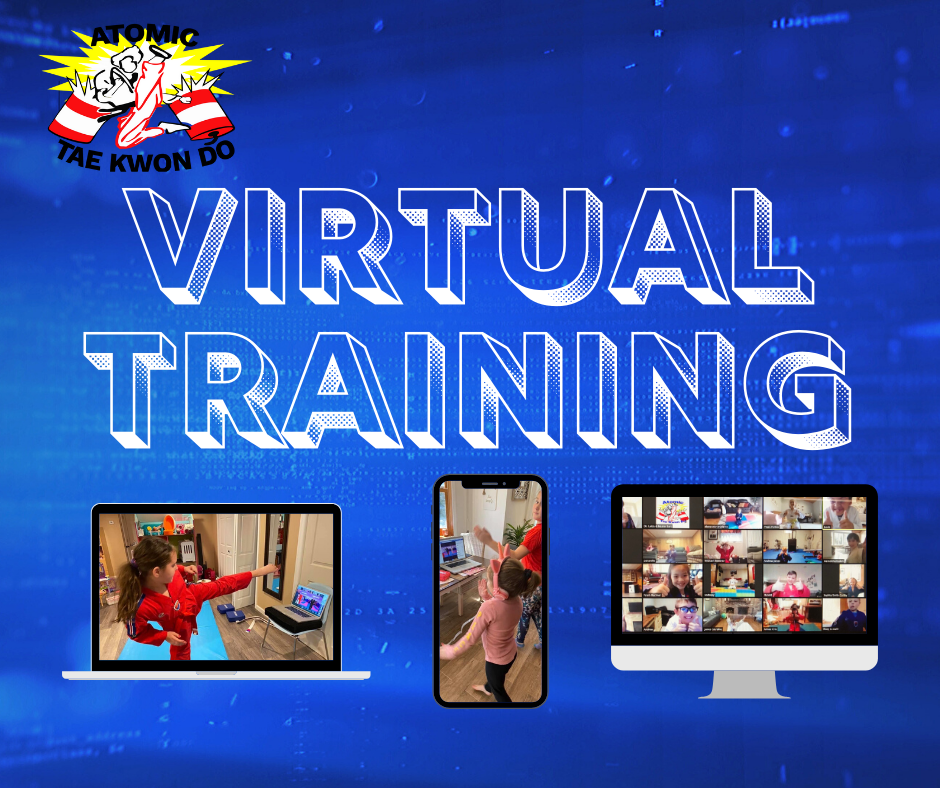